The Iron Brothers project was born from the will of the brothers Pedro and Miguel to help APCL – Association of Cerebral Palsy of Lisbon through the participation in IRONMAN cycling events. An idea that has grown and to which Blackjack is proud to be associated!

SEE ALSO: THE 7 MOST CYCLED CITIES OF THE WORLD

How did the sport, in particular, the triathlon appear in your lives?

Iron Brothers: The sport has always been present in our lives. I (Miguel) began competing in swimming when I was nine years old until I was fourteen. After that, I went to a period where I tried as many sports as possible. From tennis to rugby, to motocross, horseback riding, I tried a little bit of everything. To me (Pedro), the sports have always been an essential requirement because it guarantees the quality of life and muscular strength. I began swimming really young and I have never stopped till today. Together, we started doing some 5km races, but we had never thought about doing a triathlon, even because Miguel hated to run without being able to kick a ball. Meanwhile, after an injury, while practicing Crossfit, the triathlon appeared as an opportunity to improve the cardio skills, while heavy loads were left out by medical recommendations. How does the project Iron Brothers started and with which purpose?

Iron Brothers: When Miguel started to practice triathlon, the idea was to do a sprint race and no more than that. However, he ended up signing up for the Ironman 70.3 Cascais, when challenged by some friends. Since we were going to make such a nonsense thing already, we tried to raise some money for APCL. The Companies donating 113€ to symbolize the 113km for the race, to APCL, would earn the right to have their logo on Miguel’s race suit.

During the summer, and among thousands of workouts done during the family’s vacations, we were sent a video of two brothers that were going to participate on the Ironman world championship at Hawaii. That was when Pedro challenged Miguel to participate. At the moment, Miguel’s reaction was “You’re crazy!”. Less than a month later, the project Iron Brothers was born, and with it a big “Yes” from Miguel. Pedro’s entire life was in a recurring battle to raise funds for APCL. Those who know him know his struggle that has been going forever to help this association that has been his second home for years.

SEE ALSO: ARE MTB AND CITY BIKING SUCH OPPOSITE WORLDS?

How is the training for IronMan 70.3 Cascais going?

The training for the Cascais event is going pretty well. Improvements are beginning to be noticed, the tests are going well, and the path is being traced. In the half marathon in Lisbon, we managed to maintain an average pace of race of 5:15, which give us good perspectives on what comes next.

Now we have some testing races ahead, the Aveiro Marathon, the Triathlon in Oeiras, the Cascais Swim Challenge, among others. There are a few surprises coming! How many hours per day do you train and how do you organize your workouts?

Usually, the workout sessions are organized from Monday to Sunday, as follows:

Can you highlight the most challenging part of your workouts?

The most challenging part is, without any doubt, being able to conciliate the workouts schedules with the professional and personal life. It is not always easy to manage the expectations of those around us, and it is extremely important not to lose the balance among all these components.

Without our family, the tasks get more complicated in every level, but we can not give too much in the bond of all who follow us and who are living it as if it was their project.
It is not always easy to know where to give more or less.

How are you dealing with all the support that has been given to you?

It has been amazing to live this with all that support. We have never expected to feel such warm support!
Particularly for Pedro, it has been amazing the affection that he receives in every race we have been, on the project internet pages and even on the streets.

To me (Miguel) the pressure starts to increase with all that has appeared around us. On one hand, it is amazing and the motivation grows exponentially; On the other hand, the responsibility of not leaving anyone with no answer (or for the least waiting time for the response), sometimes generates “mini-panics”.

SEE ALSO: THE 7 MOST CYCLED CITIES OF THE WORLD How does Blackjack contribute to your project?

One of the biggest headaches of the Engineer responsible for the bicycle design was the wheels. Which wheels to use, where to get them, where to buy them, etc. The Blackjack arrival allowed us to have a range of quality choices, with proven evidence, to include in the set. Even though they are not carbon wheels, the wheels are light and fast, which helped us to increase the overall quality of the bicycle and made our life easier.

What is your opinion on the Blackjack wheels that you are going to use?

Although we have not tried them yet, since the bicycle is being prepared to be produced, and considering the other wheels to which we had access, these wheels are light, fast and robust.

It is necessary to take into account that the total set will have some weight, so our options would always have to fall on wheels with load capacity, but that at the same time would not add excessive weight to the set that may difficult the process. If it is true that the Ironman is relatively planned, the Cascais event will not be quite like that, since it will have hills with 11% slope.

SEE ALSO: ARE MTB AND CITY BIKING SUCH OPPOSITE WORLDS?

In the future, what news can we expect from Iron Brothers?

With the bicycle production concluded, we will have several news to announce, and many initiatives to start. For now, we have our debut on the 42km of the Aveiro Marathon, at the end of the current month and in May, we will have a triathlon sprint and a 3.8km race of swimming, in which we will make the firsts tests of what we will do in the Ironman. In June/July we will have two very interesting initiatives, and in September, before we go to Ironman 70.3 Cascais, we will have other surprise participation in which Blackjack will have huge visibility! 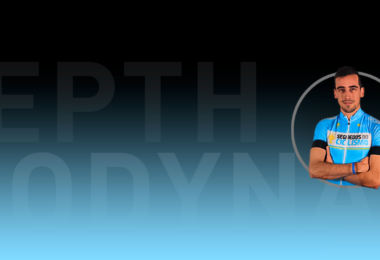 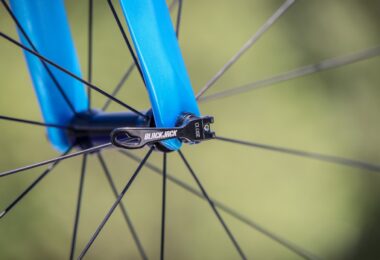 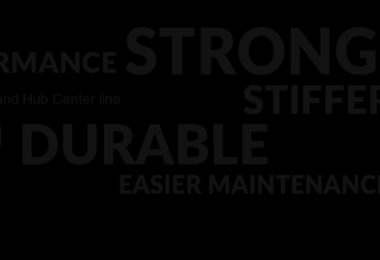 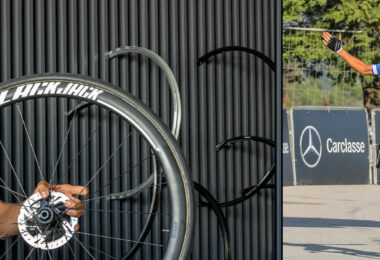 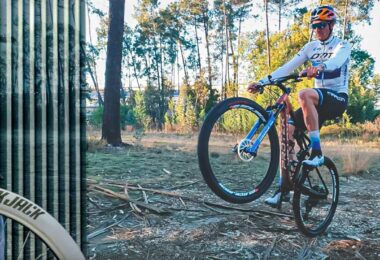